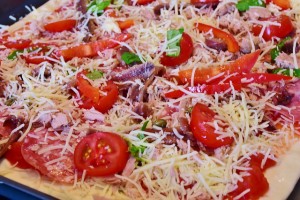 If you’ve written at Blaze Fast-Fire’d Pizza in Los Angeles, then you know how delicious it is. And clearly many agree. They are now bringing their ovens to Canada, opening two locations in Calgary in January. Last month they opened a location in Toronto, which was Blaze’s first location outside the US.

With the additional locations, Blaze will have 95 stores including almost a dozen in LA. They first opened in 2012, and are today on the Business Journal’s list of 100 Fastest Growing Private Companies.

Look for other store locations coming in the future as well. These will include at the George Bush Intercontinental Airport in Houston and at the Walt Disney World Resort in Bay Lake, Florida.

The co-founder Rick Wetzel also created Wetzel’s Pretzels. As Wetzel told the Business Journal, “It was going to have to shift from getting it figured out, to going very fast.”