So how did the Super Bowl work in the times of COVID-19?  It was definitely unique and unprecedented.  That is, the actual event and the week leading up to it!  Rather than the usual 70,000+ who scored tickets for the 2019 event (which is an average number of attendees at such a highly-anticipated US football game), there were just 22,000 mask-wearing people (7,500 of them who were specially-invited healthcare workers as a thank you for their service).

It is hoped – and planned – however, that the 2021 scheduled LA event will “triumphant[ly] return to normal.”  According to Los Angeles Super Bowl Host Committee Chair Casey Wasserman:

“Today more than ever the Super Bowl stands for hope and perseverance. We are proud and excited that Los Angeles will once again host the nation’s biggest sporting event, however it’s the promise of recovery and opportunity that Super Bowl LVI brings to our city’s people and industries that reigns supreme.” 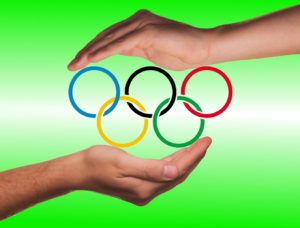 LA is a good choice since it already has facilities good for Olympic-class sports.  Some are suggesting that this should actually become a permanent home for the Olympics.  The infrastructure is so good and not easy to build in other cities for just a one-time event.  Game preparation requires major investments vis-à-vis pedestrian paths and mass transit.

Unfortunately though – for political reasons in particular – it is extremely unlikely the international community will accept this solution. There would be much criticism on having an only-American venue as the permanent home for the Olympics.  But from a business, practical standpoint, it happens to make a lot of sense.

For now though LA is hosting the Olympics in 11 years’ time!