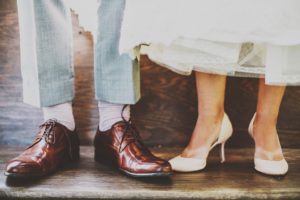 Historically, fashion has not been immediately associated with Los Angeles as a world capital.  Milan, New York and London and more likely synonymous with fashion than LA. But that just might be changing as Tom Ford among others move their design-plants over.

While Ford still has a studio for men’s clothing in London, the women’s fashion has moved to LA.  These days a lot of creative individuals are coming from New York and making fashion headlines in LA. Some examples include:  Tamara Mellon (shoe designer) Eddie Borgo (jewelry designer) Nicholas Kirkwood who is spending more time there as well as Chloé designer Natacha Ramsay-Levi.

According to Accessories Designer Clare Vivier of Clare V:

“Cities have ebbs and flows. And now L.A. is having a really beautiful burgeoning moment. The Annie Hall period was a really cool time to be in L.A. And today, Los Angeles fashion hearkens back to that seventies glamour. There’s a simplicity, an earthiness and an appreciation of natural materials.” Her husband Thierry Vivier added: “I think what’s interesting about L.A. is that artists are always the first people to go into uncharted territory and it’s usually about space. L.A. has space and light – two things the design world wants.”

Other designers who have moved to the region site “more room for individuality” and the capacity to “design in [their] own little bubble” as reasons that LA is up-and-coming in the design industry.