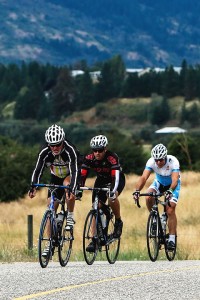 As a way of marking 235 years of Los Angeles, hundreds of proud Los Angeleans retraced the 9-mile route original settlers walked all those years ago from the San Gabriel Mission to the El Pueblo de Los Angeles Historical Monument. Marching along Mission Road, via Lincoln Park and over the LA River to the LA Plaza Historic District downtown, the participants noted how different the walk was from the one their ancestors engaged in, primarily because they had no idea what they would find on their trail.

This time too, the sound of drums filled the air, “Celebrate Our Heritage Walk and Bike to L.A., and thereafter, a ceremony and presentation were held at the final stop.   In addition, the Marian Procession and Votive Mass engaged in their own celebrations marking the milestone, given that it was named for Mary, Queen of Angels. Open to the public, the festivities were put on by the Queen of Angels Foundation and a Votive Mass was held at 3pm at the Cathedaral of Our Lady of the Angels. Thereafter there was a Grand Marian Procession to Our Lady Queen of Angels Church and the La Placita at Olvera Street. The festivities finished at 5.15 with a blessing.