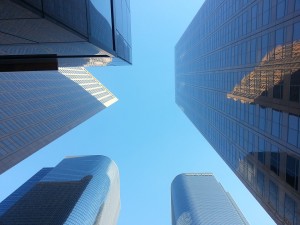 The City of Los Angeles recently joined up with CENIC – the Corporation for Education Network Initiatives in California.  The 100 Gbps research and education network is the provider of high speed access to California’s schools, colleges and universities.

This move will be instrumental in advancing California’s infrastructure.   Currently, California can access Los Angeles Open Data (datasets on the city services, economy, safety, budget, transportation, parks and more) and Los Angeles GeoHub (location-based open data on business, health, recreation, safety, and more), with this move, according to a recent article in BusinessWire, “educational institutions and researchers will now have 1,000 times faster access to those resources.”

This sentiment was echoed by Associate VP for IT Services at Stanford University and CENIC Board of Directors Chair, William Clebsch who said:

“This peering partnership between CENIC and the City of Los Angeles represents a unique opportunity to pair the sophisticated research and analysis being done at California’s great universities with the massive data being generated in one of our country’s most progressive Smart Cities, Los Angeles. This will lead to advances in urban living that have not been possible before.”

While this is indeed a great first step – increased access is always welcome – it seems that California still has what to do on infrastructure enhancements.  Some examples include: a) promotion of P3, b) bolstering of competitive bidding and c) a reduction in the amount of PLAs.

Hopefully with the City of LA’s new connection to the CNEIC, infrastructure will benefit, in part due to its Iaas (infrastructure as a service) cloud component for its member institutions.