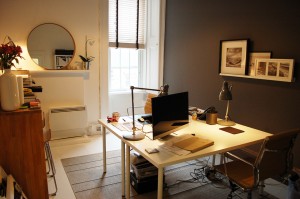 Morale among SME proprietors in LA is improving.  Their attitude – and hope – for both their own economies and the economic outlook of the nation as a whole is substantially better than it was half a year ago.  Despite this, according to findings from the fall 2016 Bank of America  Small Business Owner Report, there are still real concerns over increasing healthcare costs, elevated interest rates, the strength of the U.S. dollar and credit availability.

Indeed, while nationwide 37 percent feel that their local economy is set to improve within the next year, in LA, that number is 47 percent. In general though, confidence in the national economy is rising (just not as much as that of LA in particular).  As Small Business Banker Manager at Bank of America Troy Bosch said, finally SME proprietors have been able to “shake off some of the uncertainty” about economic conditions that they encountered earlier in 2016.

COO of VEDC (Valley Economic Development Center), Robert Lopez, explained this phenomenon.  He said: “Small businesses create economic opportunities that extend well beyond the business owner by providing job opportunities and commercial growth in their communities. Wells Fargo and VEDC have a strong history of supporting small business owners and we look forward to continuing our partnership by helping entrepreneurs start and build their businesses.”