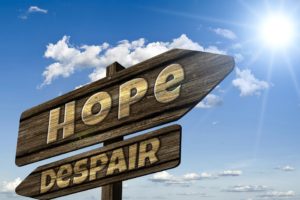 It seems that there is no reason for the people of LA to not be optimistic about the economy.  According to a recent video put out by Investment Counsel Michael J. D., McCall, the economy has been surprising to investors.  Economic data has been far better than anticipated.

Further, based on data from the Citigroup U.S. economic surprise index, (which measures how often economic news is better than expected) soared until early 2017.  The sudden plunge panicked economists; journalists picked up on this and WSJ and FT articles indicated investors were dealing with “a new economic landslide.”

McCall in this video explains however, that the situation in LA is not all doom and gloom.  He explains how there are often fluctuations and these do not need to lead to panic.

In addition, whether one is optimistic about the economy or not, could depend on the color of their skin.  According to a survey put out by The Lowe Institute’s Los Angeles Consumer Sentiment Index, the Hispanics and blacks in LA County are not optimistic, but whites are. With a substantial decline in Q416 (followed by a smaller one in Q117), consumers are indicating a reduced expected consumption of products and services.  According to Marc Weidenmier, Institute Director, the Q117 decline was probably due to the Q416 one together with the Presidential election.  But what did not happen (that was partly anticipated) was a rebound in consumer sentiment.  Given that, there is currently more pessimism on the economy, which McCall says is not necessary.

Perhaps backing McCall’s sentiment is some of the job creation growth that the region has been encountering.  In an article in a local newspaper of the area, job creation was recorded as most impressive. Due to one of the 111 area projects worked on by economic development agencies in 2016, a staggering $1.1 billion new investment was made, with the creation of 1,253 new jobs and a retaining of 3,092 jobs.

There is room for caution for sure, but there is also cause for optimism.