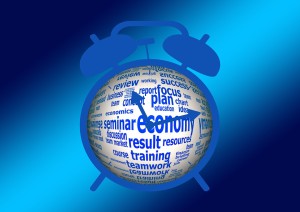 How do people in Los Angeles feel the economy is faring? Many economists in the area believe growth is imminent, despite the increasing cost of living and housing affordability. The Forecast LA study conducted by Beacon Economics LLC in conjunction with Loyola Marymount University indicated that LA in 2017 will encounter continued growth throughout the region, California and indeed the entire nation. Plus, in the early part of next year, unemployment will decrease up to 5 percent throughout America.

For the rest of this year it is predicted that the economy in California will encounter a faster growth rate than the rest of the nation. This year, it was predicted that Californians would experience an upswing of 3.6 percent in their personal income, but this is less than the 4.5 percent average they enjoyed last year.  UCLA economist Jerry Nickelsburg said:

“The fact that we are getting close to full employment means we should be growing at a slower rate, unless there is a faster growth in innovation and capital accumulation.”

The Mayor of LA gave a speech recently in which he took credit for the city’s improving economy. At the same time, he feels that civic health matters have been addressed too.