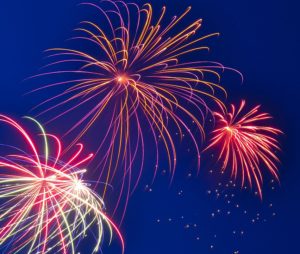 Last week saw a lot of the country coming out of their homes and braving the summer heat for one of America’s greatest traditions – the celebration of independence. One particular neighborhood that really hits the nail on the head each year with the celebratory event is right here in LA, the Valley Village.

A true, back-to-basics old-school localized parade, it’s a celebration that excludes no one – the whole neighborhood shows up. Pancakes were served at the pre-parade community breakfast, bikes and strollers were decorated and Colfax Avenue’s Faith Presbyterian Church offered a great vantage point right where the route rounds the corner.

Red, white and blue trimmings were everywhere – all put on by the organizers and additional volunteers who have been setting this up for over two-and-a-half decades – the Valley Village Homeowners Association.

They didn’t intend for it to get so big and even try to keep it on the down-low but its popularity has spread from around 100 people barbecuing in the park to around 2,000 parade participants.