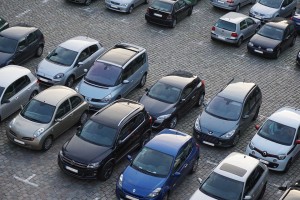 Parking in Los Angeles is not a new issue. What is new however is the different methods experts are proposing on how to deal with it. One recent proposal is by introducing driverless cars. If Toyota’s plans go ahead, by 2020 this will be a reality. There are still some issues to be addressed (technical and ethical, for example), but with the potential of the significant decrease in transportation infrastructure, it is quite an attractive option.

What is the problem in numbers? In incorporated LA County, there is an estimated 18.6 million parking spaces. This covers 14% of the land. Further, for an estimated 95% of the time, cars are not actually driving, but merely occupying space. The math on this speaks for itself. And this is not the same for other states.

Another possible solution is to ditch the classic red, white and green placards in place of a simpler street parking sign. It is argued that this could eliminate driver confusion which results, “unintentionally in parking tickets.” Indeed, according to the motion sponsor, Councilman Paul Krekorian, “every Los Angeles driver has attempted to decipher seemingly conflicting parking signs and has later found a parking ticket on the windshield.”

There has also been a request to ban the sale of public parking spaces, which enable drivers to auction off their spots for a profit. As Mike Bonin, another Councilman pointed out, this is “the stealing economy masquerading as the sharing economy. Not all technology is progress.”