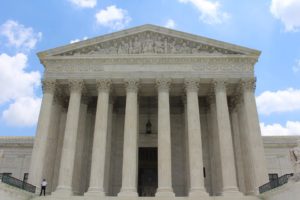 A $10 million initiative – the LA Justice Fund – has been created by local officials in an attempt to significantly reduce illegal immigration.  Around half of the funds are being received from city and county governments; half from private foundations.

The move is indicative of the state of California’s Democratic politician’s commitment to offer protection for those immigrants without documents who would otherwise face deportation.  With the creation of this fund, it is hoped the issue will be more treatable.

Indeed, as Eric Garcetti, the city’s Mayor said that the fund was LA’s way of showing readiness to “support people who can’t afford or don’t realize they might need a lawyer.”

Another initiative being taken to help those in LA was the recent Fair Chance Hiring Fair the city hosted.  This was geared toward parolees who need to find work but face difficulties due to their historic criminal records.   As some people who have been helped in the past noted, basically options are extremely limited…often to warehouse positions and with this fair it was hoped that at least some of the barriers would be lowered.  The fair brought in employers who were hilling to hire someone who served time, such as Uber, a company that is prepared to consider parolees who did not serve time for violent crime.