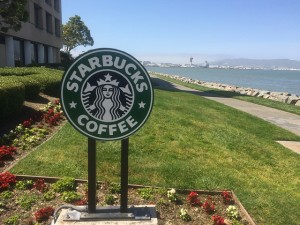 Can sometimes be so much more than food. And the price is indicative of that too. At least that’s what most people will feel when they come across the 24-karat gold doughnut. Described as “the fanciest doughnut ever,” creator Chef Jason Harley (of Birdies LA) explained how they “just wanted to give something a little bit different for the people to try.”   Well, $100 a doughnut sure is different. And the $1,000 “deal” for a dozen is something to talk about too.

But perhaps you are one of those in LA where you couldn’t even afford a 99cent doughnut. In that case you might want to join the fight for LA becoming $15 minimum wage. But in more recent news, California’s Fight for $15 campaign is shifting its focus – to unionizing. A recent strike by thousands of workers with lower wages (often those in the service industry) took part in this rally. According to the Service Employees International Union, over 300 cities in America and 40 countries worldwide. And where did they march to? None other than famous eatery McDonalds…offering foods at a somewhat more reasonable price than the golden doughnut.

And then there are those who are helping those in need get proper nutrition, while enjoying their food. Starbucks is addressing domestic hunger. How? By recycling. Yes, Starbucks is going to be donating all its leftover food to charity, with the ultimate goal of providing close to 5 million meals to food banks around the world from its 7,600 outlets. And, within the next five years, it is hoped that number will reach 50 million meals annually. As Brand Manager Jane Maly explained: “When we thought about our vast store footprint across the U.S. and the impact we could make, it put a fire under us to figure out how to donate this food instead of throwing it away. The challenge was finding a way to preserve the food’s quality during delivery.”

Estimates from the federal government have indicated that over 48 million Americans live in what “food-insecure households,” whereby hunger is a constant worry. Meanwhile, according to the Environmental Protection Agency, America disposes of close to 35 million tons of food annually.

Clearly someone needs to be the matchmaker in these cases and perhaps the golden doughnut makers can do something to help as well.