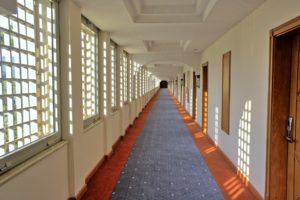 There have been various news items in LA recently indicating that the hotel industry is undergoing significant expansion. For example, Kimpton is set to double its presence in the region in the springtime, as it opens two new hotels:  one in West Hollywood and one at the bottom of Hollywood Hills.  These will be The Everly (Canyon district by the Capitol Records building) and La Peer (near Santa Monica Boulevard).  These new additions will supplement Kimpton’s two existing hotels – the Hotel Palomar and the Hotel Wilshire.

With the new Trump presidency there will also be a whole slew of new Trump hotels established throughout America.  According to Trump’s hotel management company CEO Eric Danziger, the amount of Trump hotels is set to triple, ultimately having a presence in all 26 major metropolitan areas.

Given that  LA broke records for tourism in 2016 these additional hotels are likely necessary for LA. More people came to LA in 2016 than ever before…at least 47 million of them.