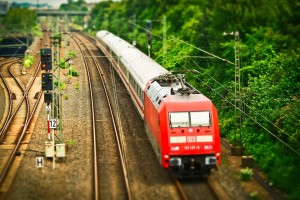 Transport has been an issue for Los Angeles for more years than probably anyone can remember.  Improvements are made here and there but the city is filled with so many people who want their own mode of transportation that making it eco-friendly is often filled with challenges.

However, the Expo rail line (that opened a few months ago) might be changing all of that.  The ability to travel from the Santa Monica beach to downtown without having to drive and sit in traffic for two hours has become incredibly appealing.  Tons of people chose this option, enjoying the 45-minute commute with their beach bags and iPads.

And then there is the Gold Line extension that will operate from Pasadena to Asuza, which opened earlier this year.  People from San Gabriel Valley really benefited from this as it meant they no longer had to sit in the uncomfortable Interstate 210 traffic.

Still, if the convenience does not encourage LA-peoples to leave their cars at home and go public, the possibility of the vote going through by the Board of Supervisors to make a countrywide 1-cent transit sales tax (which would result in raising an annual $860 million for the city) probably will.  Incidentally, the money will be used for 40 major transit projects over the next four decades.

This is a big deal for LA “the car capital of America.” As LA Metropolitan Transportation Authority, Phillip A. Washington said: “We want to once and for all solve the transportation infrastructure challenges in Southern California.”  He added that the situation is only going to get worse unless it is dealt with since “2.3 million more people [are] expected in the county in the next 40 years. The roads are not built to accommodate the influx of people.”