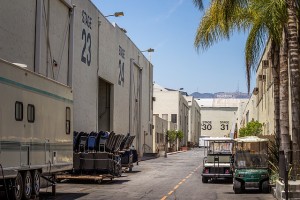 Following the success of Dear White People – the Indie hit released in the summer of 2014 by The Exchange – Netflix is turning it into 10 half-hour episodes for TV viewing. This debut Indie film (written by Justin Siemen, produced by Roadside Attractions and worked on by many at The Exchange including Jeff Bowler and Brian O’Shea) received the US dramatic special jury award for breakthrough talent at Sundance as well as the San Francisco audience award.

The Netflix series will start filming later on this year. The debut is anticipated for 2017. Lionsgate – the sister company of Roadside Attractions – will be producing the series.

Netflix executives are “excited” about this venture. According to the company’s VP of Original Content, Cindy Holland, “Justin is a gifted storyteller whose bold, unique vision is perfectly suited to Netflix. His original film Dear White People announced the arrival of a fresh, creative voice that had everyone talking, and we’re excited to have Justin create this new series for our members worldwide.”