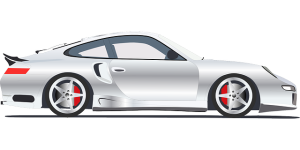 The 2015 Los Angeles Auto Show is open to the public from November 20 to 29.  Thousands of executives from the biggest car companies around the world will be in attendance along with over 4,000 journalists taking notes of this event, and asking questions on sales estimates and growth markets. In addition, hundreds of new cars will be presented, including 30 2016 world debuts.

The question is, “How important are new, flashy, cool cars for today’s millennials?” After all, these are the people who generally have the most disposable income and thus impact the economy. According to an article written in Fast Coexist by Darren Ross, not so much.  Indeed over the past few years, the “percentage of new vehicles sold to 18- to 34-year olds has significantly dropped.”  For example, “from 2007 to 2011, the number of cars purchased by people aged 18 to 34, fell almost 30%, and according to a study from the AAA Foundation for Traffic Safety, only 44% of teens obtain a driver’s license within the first year of becoming eligible and just half, 54% are licensed before turning 18.”

It seems that the latest trend has moved away from fast Porsches and toward driverless cars.  People who like the suburbs tend to want to move over to driverless cars, when they become more readily available.  Perhaps driverless cars are today’s new Mercedes and those flashy cars just aren’t all that anymore.

Or maybe not.  It seems that there are still today, enough people who attach their identity to their cars.  Custom made cars these days include the DXP (the Delivery Expert) a car specifically designed to keep pizzas hot, by Domino’s Pizza.

And then of course, for those who are really serious about how their car is designed there is the option to design it themselves, online, via Autobytel.  This site now offers consumers the ability to build their own car online.  How many doors do you want?  What material do you want for the seats?  Do you need room for the family pet?  The customer makes all these decisions.  But even with this, visiting the site is hardly the same as being a guest at the auto show!  What this will ultimately mean for the LA economy remains to be seen.