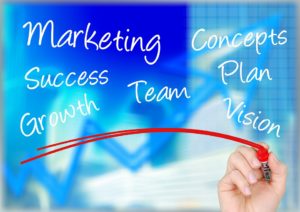 The  mood among SME owners in LA has been quite positive, with a recent Reuters report finding that approximately 60% anticipating increased revenue and 40% set to expand their workforce. Various marketing strategies have thus been directed locally to the community with notable success.

In terms of real estate, there is also good news.  According to Burts and Associates realtor Cynthia Burts, much is going well, and the Washington Boulevard Corridor’s Metro Line has been a part of this growth as well as LA City Council’s community plan to revitalize the neighborhood.  Burts expanded:

“The city has new plans that seek to reward builders with incentives on the kinds of projects that residents and planners want to see more of.  Developers who build affordable housing may get away with less parking or more units to compensate for income they might have gained by building market-rate housing. [She thus advises people] to buy and take advantage of the lower pricing, lower interest rates and incentives offered to developers.”

On the job front things are looking good for California too, having added 47,400 net new jobs while watching the unemployment rate drop from 4.9% in October to 4.6%, the lowest level in more than four decades.  According to chief economist of the Fermanian Business & Economic Institute at Point Loma Nazarene University Lynn Reaser, California now seems to be “on a strong growth trend,” having bounced back from quite a wane earlier in 2017.