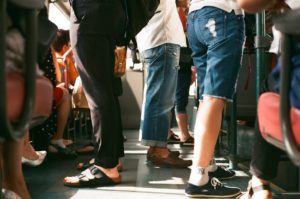 The LA Metropolitan Transit Authority will be the first Transit Authority in America to use body scanners at its subway.  These will be portable ones which will have the capacity to scan 2,000 people per hour from a distance of 30 feet.

The scanners do not come cheap; each one is $100,000. But technologically they are extremely advanced, utilizing radio waves to see guns and explosives underneath clothing and show them on a split screen display.  According to Alex Wiggins, Chief Law Enforcement office at LA MTA: