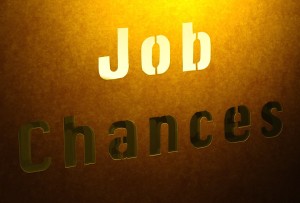 When it comes to the job market in Los Angeles, the answer to this question is complex. There will be a continued hiring spree throughout the state of California over the next two years. But, this will be less than the hiring that went on in 2015.

In 2016 and 2017 it is anticipated that the state of California will add 650,000 jobs. According to the Los Angeles County Economic Development Corporation (LAEDC), this will reduce the unemployment rate to approximately 5 percent (it currently stands at 7 percent). This is a step in the right direction given that there was an increase in unemployment in 2015 by 3 percent.

As Chief Economist of the LAEDC, Robert Kleinhenz explained: “The California economy will continue to add jobs at a faster pace than the nation. Both will see slower job growth in 2016 than they have seen in the last couple of years.” This will translate into longer hours and people replacing part-time positions with full time ones. But as Kleinhenz pointed out, this “also translates into sort of less-outright job growth.”

Given this situation, the next step should be wage increase. The forecast for that, per capita income is an increase of 3.9 percent in 2016 and 4.9 percent in 2017; substantially greater than the 3.6 percent figure of 2015.

So who will gain from this? Apparently two main industries: healthcare (with an anticipated 29,000 jobs over the next two years), and construction (forecast for an additional 9,800 jobs during this time frame).

In addition, with the deceleration of the economy in China, California is likely to be even more attractive as Chinese investors are putting increased funds into California. Indeed, last year FDI to America increased by more than 30 percent. According to a Rhodium Group Report, California took 20 percent of that amount.

So there is a lot of foreseeable good news for both the job market and the economy in California over the next two years.