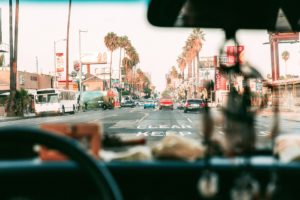 Los Angeles is notorious for its traffic issues. People have complained about it for years and even left the region as it’s become so burdensome. Indeed, earlier this year with the report from INRIX finding that locals spent a total of 104 hours stuck in traffic in 2016, with that and congestion adding up to a price of “$2,408 each and the city as a whole $9.6 billion from direct and indirect costs. Direct costs relate to the value of fuel and time wasted, and indirect costs refer to freight and business fees from company vehicles idling in traffic, which are passed on to households through higher prices,” LA was officially given the title of ‘World’s Worst Traffic.’

Now however, it is possible that there might actually be a real solution to that. Today, Waze is launching a carpooling app throughout the state of California which will give drivers the opportunity to offer rides to people traveling the same general route. The way it will work is for those interested in joining an already-driving car, through the Waze Carpool (separate) app they will be able to request a ride.

The other benefit of this app is that no commission is taken (like comparable services Uber and Lyft). This has been developed purely for the use of the consumer and in a general effort to ease terrible traffic issues. Instead, users just chip in to cover the cost of gas.

Let’s hope this is at least the start of a solution to a truly now out-of-control situation.