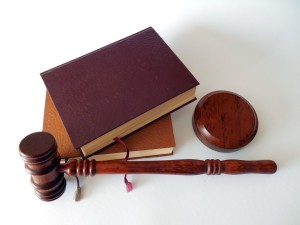 How are law firms doing in Los Angeles these days? It seems there is evidence to suggest both positive and negative sides of the spectrum. Starting with positive, according to the Los Angeles Business Journal the international legal service provider, Elevate Services, was recently named the fourth fastest growing private firm in the annual top 100 rankings. This ranking is based on the last three years of revenue and Elevate encountered a growth figure of 2,388 percent, rendering it “the highest ranked professional services company” on the LA Business Journal’s 2015 List.

Meanwhile, at Two California Plaza, Munger, Tolles & Olson LLP has signed a long term lease, renting out 150,500 square feet of space from building owner CIM Group. They will be getting five floors and part of a sixth at the 355 S. Grand Avenue location. The firm has regularly ranked on The American Lawyer’s A-List. That’s also indicative of positive news for law firms in Los Angeles.

However, there is some not great news for LA law firms. According to one principal at Altman Weil, Ward Bower, “the largest U.S. law firms are looking outside of the U.S. for opportunities to grow. As they shake off the last effects of the recession, they are ready to make big deals again.”

Still, as we move into the new year, we can look at bonuses LA law firms gave their employees at the year end and see that they have actually been “surpassing last year’s impressive paydays in an attempt to retain top talent in an increasingly competitive associate market.” This sentiment was echoed by Hanover Legal Personnel Services Inc. founder and president, Jack Zaremski who pointed out that, “given that this is such a competitive environment, the firms that are the strongest — and the increasingly smaller group of leading firms — are going to continue to make every effort to put more distance between them and the rest of the pack.”