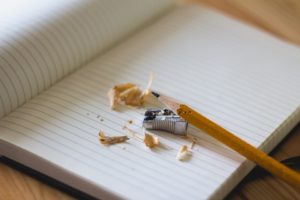 When students have good teachers and work hard, it pays off.  This was evidenced with the third consecutive win of the national Academic Decathlon by San Fernando Valley’s Granada Hills Charter School. Not only that, but there has only been one year (out of the last seventh) that the school has not taken home the trophy.

Perhaps this should not come as such a surprise given the fact that according to Wiki, its Performance Index is 878, substantially higher than the 800 target API score for Californian schools.

On this year’s topic of World War II, the nine-student team scored a staggering 54,507 out of 60,000 points which their coaches attributed to “hard work and dedication.” But it’s also schooling and the teachers should take pride in this achievement as well.   As school Executive Director (who has been a staff member for 17 years), Brian Bauer said the win should be put down to a combination of “powerful teaching” and “[student] perseverance and grit.”

We’ve heard for a while that charter schools in New York are extremely successful, but there has not been as much data on their Californian counterparts.  Success of the Granada Hills Charter School in this as in other recognitions (being named a 2011 California Distinguished School) is a good indicator of the same going on across the nation.  Indeed, knowing that charter schools are good is especially important for LA given that it is has more of them than any other place throughout the United States, with one-in-five located in the Los Angeles Unified School District (LAUSD).  In addition, it has been found that these schools are making substantial efforts to “close the achievement gap” in the region which is clearly happening with Granada as an example.