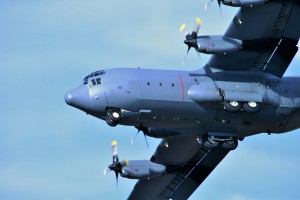 Economic growth has been notably on the rise in Los Angeles recently. First of all, tourist figures for 2015 were even higher than a year ago, with numbers “hitting a record for the fifth year in a row,” according to Eric Garcetti, the region’s Mayor. The surge from 2014 was a staggering 1.3 million and it is said that this could be explained by an augmentation in the status of the international airport as well as “booming growth” downtown. In a recent statement Garcetti explained:

“Our city keeps setting records in the tourism sector because we are investing billions at our airport, in mass transit, and other assets that are making L.A. more exciting and accessible than ever.”

One new cool franchise that will be opening next year in downtown LA is Shake Shack, housed at the corner of Hill Street and 8th Street, to replace the 801 Hill nightclub. In an article written by Jenn Harris in The LA Times, it seems that:

“The restaurant has developed a cult-like following, known for its rich frozen custards, cheeseburgers with tangy Shacksauce and long lines in Madison Square Park.”

Indeed, Los Angeles today is not like the ghost town it used to be after 5pm that it was some years ago. Today, thanks to the efforts of Carol Schatz, of the Central City Association. She is in charge of the Downtown Center Business Improvement District that “helps fund security, marketing and economic development efforts.” The Association has also been responsible for “Staples Center and the adaptive-reuse ordinance that made it easier to renovate old office buildings into housing.”

And then of course there is the plan that was approved by the Los Angeles County Board of Supervisors to give more contracts to small businesses, which will give 25 percent of total purchases from the county to small businesses and those businesses owned by disabled veterans by 2020. A plan is being put together by the Department of Consumer and Business Affairs to meet these goals.