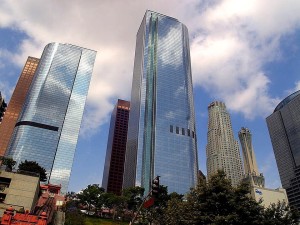 Alphabet Inc. (the parent company of Google created a few months ago) just announced that it hopes to expand its network Google Fiber to Los Angeles. It is currently undergoing discussions with city officials in an effort to better understand the needs of LA along with matters that might impact construction, like infrastructure and topography.

This matter is quite newsworthy given that since the company’s inception back in October of this year, it has avoided expanding Google Fiber to larger cities. Rather, it has focused more on less competitive secondary markets like Salt Lake City. Now though, it looks like the company is changing directions and strategy as it broke ground on a high speed Internet project in Atlanta in the summer. Los Angeles and Chicago look like the next destinations.

With this, comes expansion plans in LA from AT&T Inc., for its high speed Internet in the region.