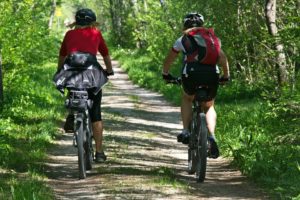 LA has never been known for being cycle-friendly.  Hollywood fame?  Yes.  Glamor, fashion and wealth? Absolutely?  Pretentiousness?  You bet.  But cycling?  Absolutely not.

But before you bemoan the City of Angels for its lack of cyclability (is that a word?), let’s take a closer look at any developments that have been made in this realm recently.

Because it should be.  Everyone knows that in a city congested with traffic cycling has to be a good thing.  So what exactly is the city doing to encourage it?

For a start there is a new (tongue-in-cheek) hashtag #LAsucksforcycling which has become a kind of meting place for views and treks in and around the greater LA area.  Also, safe-cycling lanes – initially introduced in New York – was one of the other cities that quickly jumped on the bandwagon. And then there was the Santa Monica scooter startup Bird which fast expanded across Los Angeles.  And Limebike, the Lime-S too.

So there is movement (excuse the pun) to encourage cycling and related-ways of travel in LA.  And more is likely to come as start-ups battle for success.