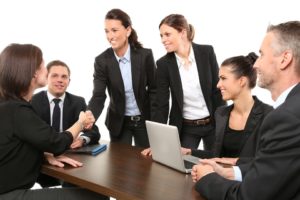 Although France and Norway have already made it law, nowhere in America has it been ruled that publicly traded companies have to have women on their boards of directors.

Until last week that was when Governor Jerry Brown signed a law (SB 826) that at least one female director must be on every board of California-based corporations by the end of 2019.  This number will increase to three by the end of 2021.  While there are some potential issues (as recognized by Brown), ultimately, author of the bill Senator Hannah-Beth Jackson believes it will “make companies more successful,” as well as facilitate the reduction in sexual harassment cases in the workplace.

To date, a quarter of publicly-held Californian HQ companies have no women on their boards of directors and are not making enough effort to change that.