After black Friday comes small business Saturday. Check out those in Pasadena looking to get some “sweet deals” where passers-by can find unique, boutique objects not found in mainstream stores. And of course, support the local economy! 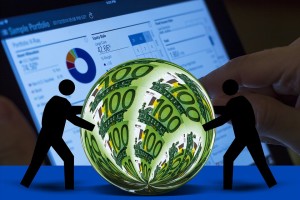 Independent economic research firm Beacon Economics recently released a report at the LA Chamber of Commerce indicating that the region has encountered widespread, solid growth over the last year.  When looking at the year starting from September 2015, private sector business employment figures grew at a prosperous rate of 2 percent, resulting in the creation (in total) of almost 1.4 million jobs.

In addition, wages on average flourished, with the average annual wage increasing by 1.3 percent to $59,300.  There was an increase in sales tax receipts (2.4 percent) and city-collected gross business tax receipts (8.4 percent).  The 4.8 percent of plummeting unemployment rate that has been encountered is now lower than America’s average of 5.0 percent.  the largest areas of employment growth were construction and miscellaneous services.  The only industry to encounter a shrinkage was private education. In terms of construction, this number was facilitated by the fact that there was a substantial increase in the amount of residential units in mixed-use development projects to get permits over the last 12 months.

In terms of small businesses, Small Business Saturday is coming up on thanksgiving weekend at Flintridge Bookstore & Coffeehouse (La Cañada Flintridge, at the intersection of Foothill Blvd. and the Angeles Crest Hwy.).  The nationwide event – which began in 2010 – was established by American Express to support indie businesses and recognize their contributions to their communities.

The Bureau of Labor Statistics found that between 1993 and 2015 it was small businesses which were responsible for the establishment of most new jobs in America, and this was the case even during the economic downturn.