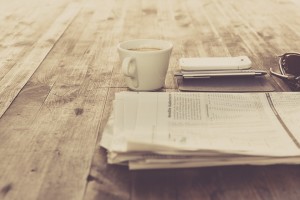 There is a good chance that The Los Angeles Times is about to be sold to a group of local investors. According to executive chairman of News Corp, Rupert Murdoch it is likely that the Tribune Publishing’s newspaper group will be acquired.

This might come as somewhat of a surprise to those who know the history of the two publishing giants. There has been a lot of friction between the Times and the Tribune, especially recently when the Times’ publisher, Austin Beutner, was fired by the Tribune. Plus the Tribune announced its depletion by 7 percent after a buyout of employees, many of whom were at the Times.

Whatever happens in the end, should the sale go through and the Los Angeles Times turn to dust, this will mark the end of an era. The first time the paper was published was exactly 135 years ago (tomorrow!). It was at that time called The Los Angeles Daily Times and then 5 years later ‘Daily’ was dropped. It was only in June 2000 that the paper went under the umbrella of the Tribune Company in its acquisition of the Mirror, that was in the past, a parent of the Los Angeles Times.