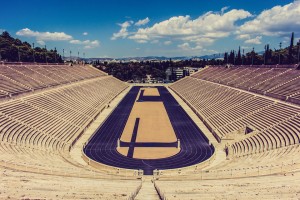 Twenty-five people in Los Angeles were recently hired by Anomaly – the US-based marketing company launched over 12 years ago.  There are an additional 15 vacancies remaining.    According to Carl Johnson, CEO the reason the LA office was opened was the result of the firm’s “long-term strategy,” which seeks to “access the depth and breadth of amazing talent that LA offers.”

Anomaly is also impressive since it beat other agencies from Beats by Dre’s search for an agency to use for its global expansion under Jason White – Marketing VP’s – guidance.   It was also reported at the beginning of this year that Anomaly’s Budweiser’s final puppy spot became the Super Bowl’s “most shared ad across social media,” and was ranked as Number 4 on Ad-Age’s 2016 Agency A-List.  So for LA-ers, it is a great place to work.

Meanwhile over in the construction  industry, two firms (Tuner Construction Co. and AECOM) were recently named to supervise building of the planned LA Rams’ 70,000 seat stadium in Inglewood, located at the former Hollywood Park Racetrack site.  The two companies will set up a joint venture to manage construction of the stadium at an estimated $1.9 billion.  According to Hollywood Park Land Co. President, Terry Fancher, these two were selected as together they were seen as “the best team…offer[ing] a well-developed plan for meeting Hollywood Park’s commitment to provide substantial employment opportunities for local Inglewood residents and meaningful economic participation in the stadium construction process for minority-owned business enterprises.”

These are just two examples of job openings in two industries – outside of entertainment – currently available in Los Angeles.