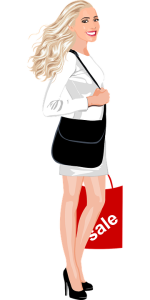 Broadway is about to be flooded by mainstream clothing brands as well as nice fashion lines in The Broadway Trade Center that plans to fill around 200,000 sq ft. with such retailers. What is happening therefore is a hub is developing for retailers. Rumors abound that various big name brands are looking for space such as: H&M, Nike Inc., Adidas America Inc., Guess Inc. as well as Danish, German and South Korean retailers with French and Japanese companies looking into storefronts. What makes the Center interesting is that it will be next to boutiques like Banker and Acne Studios and clothier outposts like Gap Inc., and Ross Stores.
The question is though, will enough foot traffic be attracted to it? According to VC of RKF, a New York real estate brokerage, those that can afford to take the risk and wait it out will be doing themselves a favor since right now rents are really low on Broadway compared to fashion haunts like Beverly Hills and Venice.
Meanwhile, over at Downtown Macy’s Plaza a major renovation is in the works. It is becoming an open-air mall and is undergoing some rebranding, becoming known as The Bloc. This is to do with the fact that it comprises one city block at 7th and Flower. It has an outdoor courtyard with colorful furniture and planters around restaurants and stores. While some of the stores have yet to open, the Art Deco-y Sheraton Grand Los Angeles is with its District on the Bloc – an eatery on the plaza level. Future plans for the Bloc’s renovation (that cost $160 million) is a corridor to link it to the Seventh Street Metro station. There are also renovations going on at the Beverly Center at a cost of $500 million, which will include natural lighting and an enhanced pedestrian experience.
With all this mall renovation in Downtown LA there is bound to be an increase in employment opportunities as well.