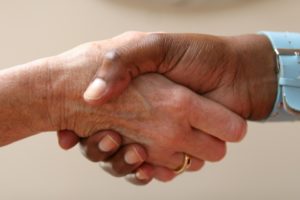 While unemployment figures in California might not lookterrible, on closer investigation the stats are not showing the whole picture. For example, there is something known as “stranded workers” – those individuals who are not able to advance in their position – and in LA, over three quarters of a million of those are 34 years old or under

Discussions have taken place through Future of Work MeetUp forums over the last few months to come up with ways on how to address this.  As well, a couple of years ago the One Million Worker Challenge was launched by the California Economic Summit in an effort to “increase the pool of middle skills workers by that number over the next decade.”

Recently, industry leaders in tech, international trade, logistics, SMEs and healthcare attended an LA MeetUp to figure out what “future ready skills” are most likely to be beneficial.  According to the California Community Colleges Executive Vice Chancellor, Van Ton Quinlivan:

“There’s a need for future ready skills… [but] the quality of a fully-supported online education is improving [which need to] offer a high-support student experience that makes sure stranded workers—about half of whom are Spanish-language dominant—can enroll and participate in a way that can make them successful.”

This could be in line with Governor Brown’s proposal to establish a statewide online community college, resulting in increased opportunities for these “stranded workers,” who often are unable to access further education through traditional methods.

In more nationwide news, it should be noted that today’s internet sector contributes around 6 percent of GDP – $1 trillion – to the national economy along with three million jobs and 231,000 businesses. Digital jobs seem to be thriving everywhere.

These digital economy jobs and businesses are thriving in almost every city — and in metro areas across the country.he truth is undeniable: cities are shaping the next chapter in America’s history, and the digital economy is a driving force. While venture capital in the tech industry has historically concentrated in a handful of U.S. cities, metro areas nationwide are benefiting from the internet sector.