VICA’s 2019 Business Forecast Conference, 2020 Vision Required (Time for Corrective Lenses) was held at the Hilton Universal Hotel on October 25.   At this year’s all-day event, much was gleaned from the breakout panels, exhibit booths, economic forecast breakfast and more that was attended by business leaders, economists, academics, etc.

Although Wells Fargo Securities senior economist and director Sarah House began on somewhat of a low note by saying that “the economy is slowing,” cautioning against “shocks on the horizon” (such as $122 billion on Chinese goods’ tariffs), she did also say that right now “fundamentals are in really good shape.”

“I love the California economy. It’s one of the most diverse economies in the world…ranking it at No. 5 in the world, right behind Germany.” She pointed out that California companies stock valuation is double the Standard & Poor 500 and in 2016 its GDP peaked at 4.5 percent growth while downshifting to 3 percent in 2017.  This, against the 2 percent increase from the national economy.  She also noted the region’s “hot” industrial market and commercial real estate with the ports faring well too.

In addition, Director of the Institute for Applied Economics at Los Angeles County Economic Development County Somjita Mitra made reference to LA’s position as the world’s 19th largest economy. She said: “Our GDP will continue to grow,” (referring to the 2.7 percent increase in the last year and the 4.3 percent unemployment drop).  She added that “Anybody who wants a job has a job,” referring to the 2.1 percent increase of personal income. 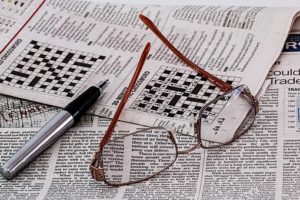 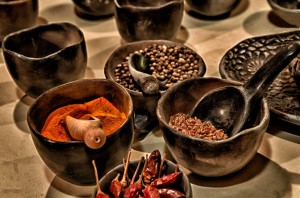 It is possible that much of the success of the economy in Los Angeles might not actually be exactly above ground. While they are ‘seen’ in the literal sense of the word, they are part of the ‘underground’ shopping mall. Indeed, according to an Economic Roundtable report, one can purchase food, clothing, cellphone cases and everything in between from approximately 50,000 street vendors throughout LA City.

Of course many of these are not playing by the official, legal rules. This means that an estimated $43 million a year in tax revenue is going unreported. Should these underground vendors be working in a kosher fashion, this staggering amount of money would be adding to the LA tax economy.

Interestingly, at the end of last month it was reported that “the largest container ship to ever dock at a North American port arrived at Los Angeles.” Perhaps it was bringing in some of the wares that people in the city are selling underground! As Mayor Eric Garcetti pointed out: “The arrival of the CMA CGM Benjamin Franklin sends a powerful message that our port stands among the world’s greatest, and that we are prepared to continue growing and adapting to the demands of our global economy.”