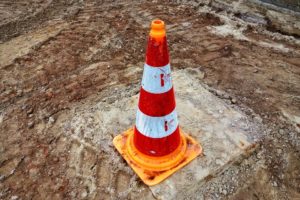 We have seen already in the last few years – and increasingly over the last few months too – the rise in popularity of DTLA.  There is so much construction going on in the area, while at the same time, there are a ton of extra people moving in.  as such, the area is becoming quite the hub for technical companies which are moving headquarters to the area. There are more offices being leased and rent growth has increased.  With all this, there is a lot more developed planned for the near future.

So why the popularity?  Is it sudden?  What’s the story?  Some people in the commercial real estate industry are actually tracing it back to a new addition that occurred around 10 years ago – the opening of Ralphs Grocery Store on Ninth Street.  According to Peter Johnson, OUE Limited Senior Vice President of Leasing said that Ralphs was needed as there was “residential growing [but a severe lack of places] to go shopping.”  Ralphs seemed to be the answer – a store that really was able to “promote downtown residential life.”

Construction work is set to begin later this year on Frank Gehry’s renderings of ‘The Grand.’  This is to be a ‘mixed use development’ featuring dining, entertaining, hotel, residential and retail components.  A public plaza will offer five levels of parking.