LA is a very pet-friendly city.  In 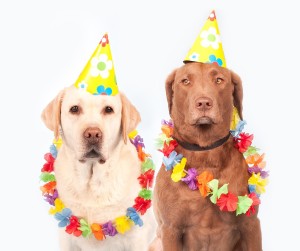 fact, latest news is having veterinarians in the city even push medical marijuana to ease any pain encountered by their four-legged friends. Dr. Tim Shu was behind the creation of VETCBD (that uses cannabidiol, a non-psychoactive extract of marijuana, so pets get relief but not high) and even before that, Southern California Collective’s retail manager, Dre Arriola, was a big proponent of the CBD-infused dog and cat biscuits from Gem Stonz Botanicals; in particular their “Woof It” and “Me Ow It” CBD treats.

In other words if you have the money, anything is possible.  And that extends to other amenities too. Indeed, the first sentence of Kavita Dawsani’s recent article in The Los Angeles Times read “Downtown [LA] has gone to the dogs.”  But this was said with a positive connotation.  Dawsani went on to explain how:

“Apartments and condos in the heart of Los Angeles are boasting amenities for pets that would make most humans drool: free treats, spas, concierge services and dog-friendly on-site parks and rooftop decks.”

More testament to how “money buys love” for pets anyway, at least in LA.  New things propping up include: a dog park with bathing and grooming facilities, tunnels for play, a dog den (featuring a dog wash with drying station, gated rooftop area for socialization for dogs and owners, water bowls and treats).

And now there is the first dog café, just opened in Silver Lake.  Owner Sarah Wolfgang initially launched it as a pop-up in downtown LA but now – the Dog Cafe – has a permanent home at its own storefront.  For $10 people can come in and play with dogs (from the South LA Animal Shelter and are up for adoption) for 55 minutes and at the same time get a beverage from the café that is attached next door. Wolfgang is hoping that this will give potential dog owners an opportunity to get to know the “true selves” of the dogs.

So, perhaps in LA there is no business like dog business.