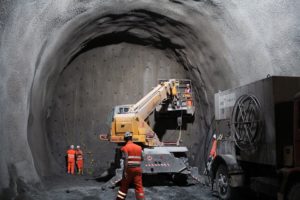 There have been a variety of employment expansion opportunities in the LA region recently.  First, an approval was received from the Port of L.A.’s Board of Harbor for a 10-year extension on a labor agreement to continue hiring workers from the harbor area and high-unemployment communities in the city.

First signed back in 2011, the Project Labor Agreement was awarded the extension with the Los Angeles/Orange Counties Building and Construction Trades Council (a union that represents over 100,000 trade and craft workers). And it’s great for job creation.  As the LA Mayor pointed out: “it will create new career opportunities that Angelenos deserve, and bring stability to operations as we invest billions in infrastructure that will define the future of the Port.”

So how does that work exactly?  According to the regulations of the agreement, nearly a third of top-paying jobs/apprenticeships connected to construction projects must be given to qualified local residents.

The port has already invested $848 million on 20 completed major construction projects (and 6 additional ones to come) but with the new agreement, there are a further 38 planned and proposed infrastructure projects (totaling around $780 million). These projects include: wharf improvements, rail enhancements, shore power upgrades and marine terminal modernization.