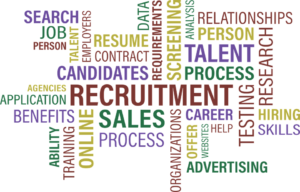 A lot will change for LA should it win its 2024 Olympic Games bid.  Economically the city’s output would be incredibly impacted – in a positive way.  Various studies have been established to ascertain the potential economic impact such as those by the organizing committee, Los Angeles 2024, Beacon Economics LLC and the UC Riverside School of Business Center for Economic Forecasting and Development. Other research has found that close to 80,000 jobs and anywhere potentially $160 million or more in additional tax revenues.  Furthermore, the city’s economic output could be as much as $11.2 billion.

“There is little doubt that hosting the Olympics is an enormous boost for a local economy — both in the short term as driven by activity surrounding the events themselves, and in the long term, given how these events raise the global profile of the region. The worry is always that these benefits come at too high a cost, but because Los Angeles already has many of the assets needed for a successful Olympic experience the upside is far greater than it would be for many other cities who would be hosting for the first time.”

Meanwhile a couple of weeks ago, the South LA area encountered the commencement of a new job training program.  This will likely get around 900 unemployed/underemployed residents ready to work The Reef – a mixed-use high-rise. According to Noreen McClendon, executive director of Concerned Citizens of South Central Los Angeles, this marks “an opportunity for us to lift a lot of people out of poverty, with all this concentration of projects in the Ninth District in the next few years.  The tragedy is that our community has been conditioned to believe that there are no opportunities.  We have a lot of people who have criminal backgrounds, and they’re told over and over again that once you have a felony, you can’t get employment.”  Alongside of this is a five week Boot Camp to prepare those who want to get a job with The Reef teaching job etiquette, fiscal responsibility and other fundamental skills.  With this new project, comes an opportunity to train around 1,000 low-income individuals living in the Ninth District to work in construction; a great opportunity for future employment in this thriving industry as well.