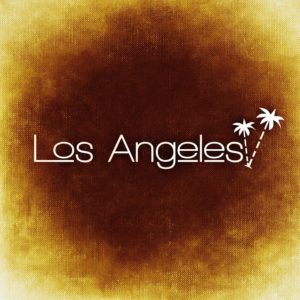 Not that this is the first year for the city of Angels to have made it to the list but still, it is impressive and positive that LA has taken second place in America in Resonance Consultancy’s study. With its perfect climate and revitalized downtown area, Los Angeles is the place to be.

So what makes LA such a great place to live?  There is the cuisine, which Donal Skehan is trying to move away from the reputation the nation has earned over the years of being fast food and unhealthy. In his latest cookbook ‘Eat. Live. Go.  – Fresh Food Fast,’ he transforms the buttery, cholesterol-building popcorn into a superfood with a sprinkling of turmeric, spirulina powder, cayenne pepper and smoked paprika. But it’s not all health-focused.  His main idea is balance:  go for the green shake but don’t forget your lemon tart seems to be his philosophy.

And then there is the environment. The city is most committed to setting and reaching sustainability goals.  One example of this is its electric car-sharing pilot program it has set up in disadvantaged neighborhoods.  It is trying to decrease the carbon footprint of the its more cumbersome, older buildings.  In this venture, the Mayor put in place two acts which were recently passed by the City Council.

Of course when we talk about LA we cannot omit the culture of the city. In particular, Art Los Angeles Contemporary  (ALAC) is, in 2017, welcoming a whole slew of new galleries from throughout Latin America and Asia.  It is anticipated that this will be its  most varied fair yet.  It has already garnered substantial global interest and simultaneously will remain with a unique LA flavor since 27 out of the 62 participants are from the West Coast metropolis, with director Tim Fleming saying it represents a snapshot of LA artistic production.

So LA has a lot to offer. It isn’t perfect but it certainly seems to have something for almost everyone.