Just because there is Corona and the situation (especially locally) seems to be worsening, does not mean that Christmas has to be canceled.  On the contrary it is possibly a great opportunity to actually hunker down and do Christmas the old fashioned way…in your own familial setting, with everyone in pjs, no-one going out and no outsiders entering your COVID-protected “bubble.”

But before that day, what about the essential Christmas shopping?  Thankfully – keeping corona-safe – there is the online shopping but what about something different, getting out there (in a socially-distanced, mask-wearing capacity) and trying to bolster local businesses with your trade?

A lot of these local markets have already closed their stalls but if you rush you can still get to a couple of them. The last day of De Buena Planta Holiday Market is today.  Created by the founder of the Butcher’s Daughter this market focuses on organic margaritas, Mexican food and fine mezcals. Using  locally-sourced fresh produce to make these dishes, some of the items on the menu include: Grilled Cauliflower Tacos, Vegan Pozole and Pineapple Habanero Mezcalita.

Now doesn’t that sound more interesting to give as a gift than a tie you have no occasion to wear or some bath salts?  Shop local this Christmas and enjoy a safe holiday at home!

Branding is an integral part of any entity’s ID. Every industry is crowded with personalities and products competing for attention and customers. That is why a noticeable and recognizable campaign is so important.

Expert marketer Evan Metropoulos has worked with some of the biggest brands and pop stars to rethink and revitalize their image. His vision and strategies drastically heighten brand awareness and create new points of contact for fans and customers.

According to Metropoulos, branding campaigns need to incorporate all forms of media and span numerous platforms to be effective. Whether in the movie, music, or merchandise world, from New York to L.A., the United States or Europe, branding must be bold and striking and reflect the values and persona of its representative icon.

When considering a rebrand for a superstar, Metropoulos says it is most important to work slowly and methodically, convey authenticity, and exercise humility. “It is absolutely possible to rework a personal brand,” he says, “but it needs to be done with intention and thought.”

According to Chris Holden, Bill co-author and member of the California Assembly, this new law:

“represents a big step forward for racial equity. While some corporations were already leading the way to combat implicit bias, now, all of California’s corporate boards will better reflect the diversity of our State.”

In related news, Indian Americans held a ‘Get out the Vote’ (GOTV) rally was organized by entrepreneur couple Ajay and Vinita Bhutoria in support of California’s Indian Americans. Its aim was to send out a message of the importance of this community voting for Democratic presidential nominee Joe Biden and Kamala Harris in the upcoming elections.

In this video – put together by YouTuber Brett Conti – we take a look at the advantages and disadvantages of LA living and compare that to NY living.  Take a look see!

The beginning of this year witnessed the implementation of the California Consumer Privacy Act. The CCPA – whose impacts go way beyond California – came into effect on the 1st of the month primarily in order to provide Californians with additional rights and privileges vis-à-vis securing their data.  Those in the UK (who will also be affected by the CCPA like they were with the GDPR in 2018) are now being trained on how to implement this.

The CCPA has been hailed as potentially a very powerful legislative addition for consumers as well as businesses and will ultimately put the US on the same page as the UK vis-à-vis global privacy. American consumers will get access to exactly what companies know about them; have power over whether they can keep that information and stop them from selling it.

This will have quite the impact on businesses.  Many are bemoaning the extra burden it places on them in terms of time and money with a company being forced to pay up to $23.5m (4 percent of global annual revenue) with failure to comply.

For the consumer though, what could be bad? Very little apparently. Such high stakes are forcing companies to go through their cybersecurity practices with a fine tooth comb.  For Californians there is even more good news because regional policy makers have already come up with their own plan to protect personal data via the CCPA.  And, this will likely have a trickle down effect on other states and even countries given that California has the fifth largest economy in the world.

The printing and processing industries are both encountering growth in LA right now.  Here, we look at two companies in these sectors: 3DEO Inc. and Gigajot Technology Inc.

3D metal printing company 3DEO Inc. manufacturers steel components for a variety of industries by developing “accurate, on-demand printing of repeatable metal parts.” The firm – based in Gardena – has raised over $14 million from 11 investors for its next step.  Company president Matt Stand will be leading the MD&M West conference entitled  ‘Metal 3D Printing In Medtech: How Medical Devices Will Be Transformed.’ The conference takes place at the Anaheim Convention Center between February 11-13th.

Earlier this month an announcement came from Gigajot Technology Inc. on its upcoming expansion.  Currently the firm’s Pasadena headquarters measures 100 square foot.  The augmentation of the company premises will result in a move to the Gateway Metro Center, filling 3,257 square foot. The lease is currently for three years at a cost of approximately $386,932.  Since its launch in 2017, the company has raised $4 million.

CBS will be selling its TV City property and sound stage operation.  The25 acre area is located at 7800 Beverly Boulevard.  Ownership will be transferred to Hackman Capital Partners, a real estate developer for $750 million.  Included in this deal will be rights of the realtor to use the TV City trademark in work it conducts on the property.

Once the deal goes through, CBS will still be in operation, but its work will take place at its Studios Center,Studio City at 4024 Radford Avenue, San Fernando Valley, which also houses KCBS and KCAL local TV stations.  In addition,this business transaction will not impact any programs CBS produces at the studio campus; there will be no interruption or change in the shows produced by the broadcast network at the property for at least the next five years and office space at CBS Studios International’s US headquarters will also be retained by CBS.

It seems  this is not the only large business transaction Hackman Capital Partners has been engaged in.  It is now in the process of working on renovating the creative office Culver Studio campus which will be anchored by Amazon Studios.    CEO of the firm Michael Hackman said how “thrilled” his firm was with the commitment to the Studios from Amazon.  He called it “the ultimate validation of all the hard work our company and the City have put into the campus redesign.”

Once it has been redesigned, the space will reach double its capacity, spanning five new buildings, and 1,930 parking spaces over two lots. 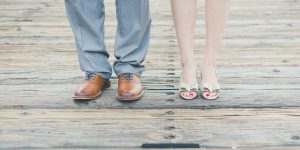 Ask 10 successful businesses what ultimately led them to great success and you’ll get 10 different answers.  But when companies refer to the social responsibility and charitable giving their firm has engaged in on their journey to the top, that’s a game changer on a whole different level.

TOMS Shoes – where Laurent Potdevin made his mark some years back as company director – is one such company.  Founded in 2006 by Blake Mycoskie, what differentiated the shoe manufacturing company was its “one for one” business model (each pair that is sold means an impoverished child gets a pair).  This model has not in any way meant that the company has not been wildly financially successful though as well, proving that good business doesn’t have to just be about the bottom line.

Today, TOMS is still turning a profit and making increasingly more dreams come true. Thanks to its recent Disney partnership and the creation of the TOMS X Disney Princess Shoe Collection, girls and women worldwide can feel like real-life princesses.

Because at the end of the day, businesses that clothe the needy within the parameters of their success are nothing short of heroically dreamlike…and possibly the best measure of success that there is. 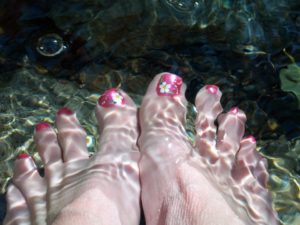 In addition, a complete refurbishment has resulted in the transformation of a local LA 1930s warehouse.  Silverlake Conservatory of Music has taken the Bestor Architects building on Hollywood Boulevard and transformed it into a modern music village, featuring acoustic pods.  All pods have top acoustic materials; light fixtures comprise wood (instead of metal, etc.).