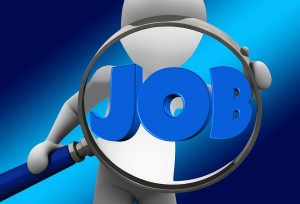 According to recent statistics from the Employment Development Department, the state of California added a net 631,000 jobs in August.  Although the unemployment rate did not budge from its 5.5%, California encountered an additional 42 percent of all US job growth during that time frame.  However, the unemployment rate there remained stagnant at 5.5 percent.

The industries in California that are currently faring best for jobs are: government, services and trade, transportation and utilities.  For the state’s manufacturers, the rate of jobs being added was 2.5 percent.

These numbers are being backed by Indeed – the job search service – that recently launched Indeed Prime in LA in the hope of finding technical talent in the region.  This is because it is believed top quality software engineers are not looking for work in LA.

Talking of “jobs” in Los Angeles, Laurene Powell Jobs – Steve Jobs’ widow is giving out $10 million to two teachers in the region to enable them to start a school for homeless and foster youth.  The prize money – as part of Jobs’ XQ: The Super School Project – will be given to winners of the high school redesign competition she is funding.  They will receive their monies over the next five years.