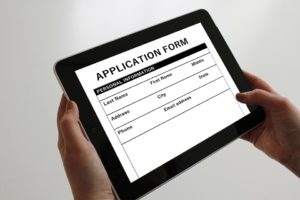 All people of employable age/capacity need to be in work.  Irrespective of their demographic this is essential for fiscal stability as well as emotional wellbeing, among other factors.  Now, a focus in LA is on black people who need work.  In conjunction with Black Lives Matter, J. Walter Thompson, a few days before Christmas the BackingBlackBusiness.com initiative was set up.  Through this, there is a map which identifies any businesses owned by blacks nationwide (as well as in LA).  According to one of the Black Lives Matter co-founders, Patrisse Cullors, “Black-owned business have long been a staple in the Black community providing jobs, economic security and a somewhere for us to go and feel seen and safe. In these uncertain times, we need these places more than ever.”

Meanwhile, according to a recent article in The LAist, LA is continuing its three year streak of adding new jobs to the area. Figures show that just in the last three years, a staggering 135,000 jobs have been added, slashing LA’s unemployment in half (from ten to five percent).

And, as one Wells Fargo senior economist, Mark Vitner explained, “California’s economy is running hot right now,” a sentiment that was echoed by Garcetti who said that jobs were being created for Angelenos while new business and investment opportunities were arising.  This ultimately means that those in LA are being privy to “greater access to economic opportunity.”

Actually when looking at the numbers it seems that the amount of jobs available for those in the region  has overtaken pre-1992 levels which shows a true investment in the city’s people, developing prosperity for the future.