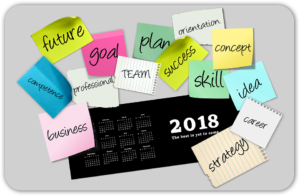 Various employment opportunities are becoming available in the Los Angeles area.  First, BYD (a Chinese electric vehicle manufacturing company) has opened an electric bus manufacturing plant in the region. This is set to be America’s largest ever such plant.  While BYD has already been in LA County’s Antelope Valley for nearly 8 years, it will now be further expanding with the new facility spanning 450,000 square feet.

This means jobs:  right now there are 750 positions but that will increase to 1,200 and those workers will be privy to the backing of the International Association of Sheet Metal, Air, Rail and Transportation Workers, Local 105. Future BYD plans include the building of a second plant in Lancaster for the manufacturing of electric trucks.

But that’s not the only place where the California area is encountering job gains.  Reports from September 2017 showed an increase of 52,200 positions with unemployment maintaining at 5.1 percent.  Plus, payrolls have expanded year-over-year by 1.7 percent to 16,8360,500 positions.

So things for workers are starting to look pretty good in California right now.