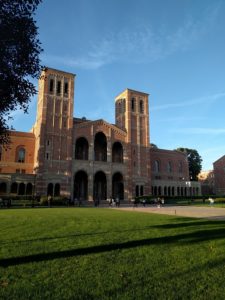 UCLA is LA County’s fourth largest employer.  Thanks to this public research educational institute in Westwood, LA, there are 72,000+ full-time jobs, generating $11.06 billion in Californian economic activity for the 2016-17 fiscal year.

As well as its employees and economic impact on the county, a report by Beacon Economics found 24 startups using UCLA-developed technology were launched in the 2016-17 fiscal year and 70 inventions from UCLA were licensed for commercial use.

According to Gene Block, Chancellor at UCLA:

“UCLA’s contributions to our state’s economic vitality are significant and widespread, from discovering life-changing technologies to employing tens of thousands of Californians. Measuring this economic impact allows us to demonstrate how every dollar invested in UCLA pays substantial dividends back to people throughout our state.”

In addition, it was found that UCLA’s expenditure is having a positive impact on licensing, research and technology which is benefiting the overall economy.