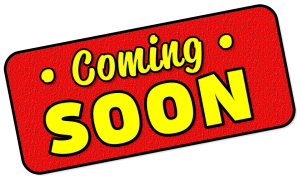 Officials in LA have come to an arrangement with regulators in California to take the bureaucracy and time lag out of licensing.  Until now, marijuana-based businesses have not been able to get going due to the cumbersome red tape associated with the acquisition of local permits.

Now however, this could come to an end resulting in nearly 600 businesses getting their permits (those that had already applied and not received them yet).  According to a spokesman for the Department of Cannabis Regulation (DCR), this will however, only be for those who paid for the application (so that could be around half) but it’s still a huge step in the right direction.

In other licensing news, an announcement was made by KODAKOne Image Rights Management Platform about its Post-Licensing Portal (PLP) launch.  Featuring image recognition technology and smart web crawling, photographers and rightsholders will be given dependable image usage tracking online capacity as well as a more user-friendly approach, facilitating the transformation of infringers into customers.  As such, the process to license image usages retroactively will also become much simpler. Artificial Intelligence will then be used to enrich image metadata, flag necessary rights clearances and predict licensing value based on similar known images.

Such a “smart contract” will enable license management scaling.  KODAKCoin integration will enable the immediate settlement of licenses along with enhanced monetization and content creator liquidity.  According to RYDE CEO Jan Denecke:

“KODAKOne’s purpose is to legalize rather than criminalize unauthorized image usage and ensure content creators get fairly paid for their work. The PLP is only the first of the platform services and will be enhanced with the KODAKOne blockchain registry and smart contract and management layer.”