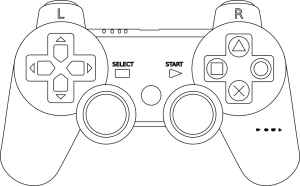 The Women in Games International – a not-for-profit organization that “works to promote the inclusion and advancement of women in the global games industry” recently hosted an event in Los Angeles. Its 2016 E3 Party featured music, lights, dancing fun and of course a good dosage of networking with “the most diverse crowd of any E3 party.” The event was held at Exchange LA on June 15th at 8:00 PM – Thursday, June 16, 2016 at 1:00 AM at 618 South Spring Street, Los Angeles.

Also at the event was Nintendo, displaying its “first gameplay footage from its next Legend of Zelda video game.” The focus is on technology as opposed to magic and according to MCV’s news site editor Chris Dring is “a vital game for Nintendo [since] the firm has millions of die-hard fans, but many of them didn’t buy a Wii U, and that’s entirely down to a lack of games at its start and then the massive gap between titles. Zelda isn’t the firm’s most successful game, but it is a massive seller to the core fan base. So, the fact that it is going to be there right at the start of the NX gives the console a step up already over what happened at the launch of the previous two machines Nintendo released.”

Whereas Microsoft and Sony both held press conferences at the E3 event, Nintendo instead chose to release a video depicting the new Zelda title, together with other future releases like new Pokemon games.