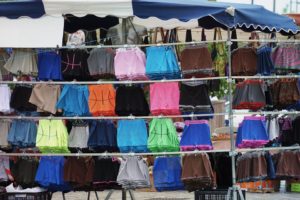 Street vending is not legal in Los Angeles.  Despite the fact that Angelenos want to make an honest salary, the city does not permit it.  The Los Angeles Street Vendor Campaign recently organized a news conference, at which discussion was held on how to “wake up City Hall” to the importance of legalizing street vending.

Now, a proposal is under review to implement a permit system which would be enforceable by law via property confiscation and fines.  However, the Public Works Committee has been stalling this issue for over a year now.  Councilman Jose Huizar is calling for the Committee to act immediately as it’s something they’ve all been awaiting for a long time and ultimately it will be beneficial for everyone.

Today, LA is the only major US state where street vending of all types is prohibited. And, while the vendors are penalized, those that buy from them are not.  There are also no regulations/ban on food trucks which use the same sidewalks to sell their wares.

Such illegalization is incredibly hard on those who rely on street vending for their income.  And it’s often the poorer parts of the community which, due to this ban, continue to get poorer. Right now, LA only has a very few areas such as Venice Beach which permit the activity.  Hopefully soon this will change and street vendors will finally be able to break the poverty cycle.