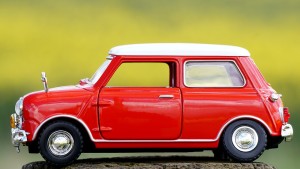 Or can you?  When it comes to LA, despite the fact that the city works hard to keep up with environmentally high standards, no one seems to be prepared to give up their own automobile vehicles.  Indeed, ever since the late 1940s and the economic boom that ensued following the Second World War, LA has been car crazy. And hence traffic has been the result…along with the environmental footprint.

Thanks to Tesla and Google though, there is hope, although LA proper has a long way in getting up to the standards that are already in process in Silicon Valley. So given all of this, what is happening at this year’s LA Auto Show? Intel is planning to launch a $250 million autonomous car program while Argus Cyber Security is focused on hacking prevention.  ReachNow – the car-sharing service created by BMW will be expanding and there is a planned automated future by Ford.  CEO of NextEv discussed her vision for the future in which cars will be tackling both software and hardware and Lucid Motors presented its electric sports car prototype.

Still, one of the issues LA has to face is the real fact that it has to respond to celebrity culture and that means status and speed.  As Tamar Warren concluded in her article in The Verge, “In a car town, a visit to the Los Angeles Auto Show is an opportunity to see an industry caught in a crossroads.”