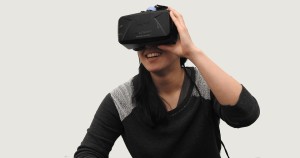 Six Virtual Reality Arcades are to open in various malls and multiplexes in the LA region.  This global venture is being developed between LA’s Imax Corp., and Stockholm’s Starbreeze.  The combination renders the possibility of the use of the Google VR camera (created by Imax) with a collection of VR entertainment and games (from Starbreeze).  In the future it is hoped that the establishment of virtual reality production partnerships will occur.

Last month, Jacob Kastrenakes reported in The Verge, that the collaboration between Starbreeze and Acer was undertaken in order to “develop a high-end virtual reality headset designed for arcades and theme parks.”  Over the last year, Starbreeze started showcasing the StarVR (the headset) but in the near future, it will be further developed.  The main attractive feature of StarVR is its wide field of vision, which allegedly can realistically copy what one sees in real life, right down to the peripheral vision.

It seems the VR world is becoming attractive to a lot of large technological corporations, including Google which is planning to use its Daydream system which intends to pose a challenge to the lead Oculus (owned by Facebook) currently has in the fabrication of artificial worlds.