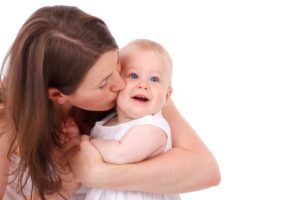 What would people’s finances look like if they could bring their newborns to work?  How would this impact their quality of life and family dynamics?  These questions may soon be answered if the recent proposal by lawmakers in California of bringing newborns to state offices to work is approved.  With Assemblyman Randy Voepel’s Assembly Bill 2481 – that has already gained bipartisan support – people would be able to stop worrying at the office about their kids’ wellbeing!

Women have complained for years that they stay at home simply because it just doesn’t pay for them to get childcare while they are out at work.  If ultimately little or no money is made after childcare costs, women decide to stay home with their children.  If it is accepted, it would be for babies between 6 weeks and 6 months.

This is not the first state to do this.  a similar program has been at work in various state offices in Arizona and Washington, primarily with workers with flexible desk jobs. In addition to it being good for the parent, the babies actually get sick less often.